Beer Foam: The Science Behind the Froth

Home » Beer Foam: The Science Behind the Froth 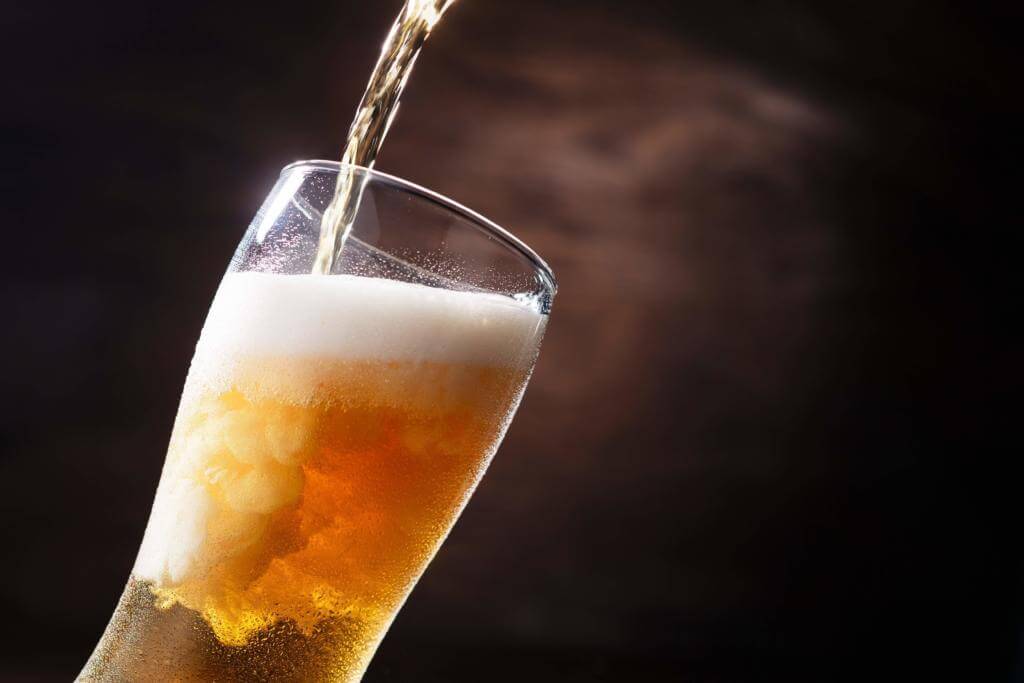 The beer head, or as the Bavarians call it, ‘die Blume’ (the flower), has long been a topic of fiery debate across all corners of the beer-loving world. So, before we start arguing about whether or not foam belongs on the top of an ice-cold pint of beer – let’s uncover what it is and why it’s different from glass to glass, beer to beer and person to person.

This is the science behind what some beer fanatics call… an art-foam.

Foam is produced from the bubbles of gas in our beer. This gas (carbon dioxide) is produced during the fermentation, bottling and kegging of beer, when the beer is pressurised and condensed into a space. That means when a beer is opened or poured into a glass, the gas bubbles rise to the top and create a foamy layer full of protein, yeast and hoppy residue. Scientists call it ‘nucleation’.

Nucleation as a whole is quite tough to grasp, but we’ll try to make it as simple as possible. In any beer, there are large protein groups and small protein groups, which both act as foam aggregators (create foam). Lipid Transfer Protein 1 (LTP1) are proteins commonly found in the grains used to brew the beer.

These LTP1 proteins hate water – so, to get out of a glass of amber liquid the only way is up or down the hatch! In order to catch a lift up to the surface, they latch on to the carbon dioxide bubbles and travel up to the surface with the bubbles. They then form a shield around the bubble in order to maintain foaminess. The hops also play a role here to solidify the foam to a light cloudy coating with the help of iso-alpha acids.

The amount of LTP1 found in a single batch can be influenced by the climate from which the grain was sourced. Both impact taste, foam quality, texture and retention of the beer foam.

More about foam and flavour

So why does beer taste different with a foam head?

This is mainly because foam provides three acute tasting experiences.

The first is the physical tasting perception, which we expect from the physical texture of the foam – the light, frothy foaminess has the ability to soften our palette.

The second and third are a combination of both taste and our scent. Foam carries many odour components from a liquid state to semi-solid state through oxidation. This leaves many traces of hops and sweetness, which help you taste the beer.

Once your full tasting senses are open, the combination of foam and liquid provides the ultimate beer-tasting combination.

Why do some beers have more or less foam?

The sky’s the limit in terms of answers to this question! The beer, the pouring technique or even the glassware can impact foam. There are seven main reasons for too much or too little foam:

There are many more reasons, tricks and hacks as to why a beer has more or less foam, but what we now know is that beer foam is a lot more complicated than one would think! The same goes for many other aspects of the mythical amber beverage.

Next time you have a pint with your mates – whip out some fun facts about beer foam.
Cheers!