Home » Who Works With Us » The Camfield 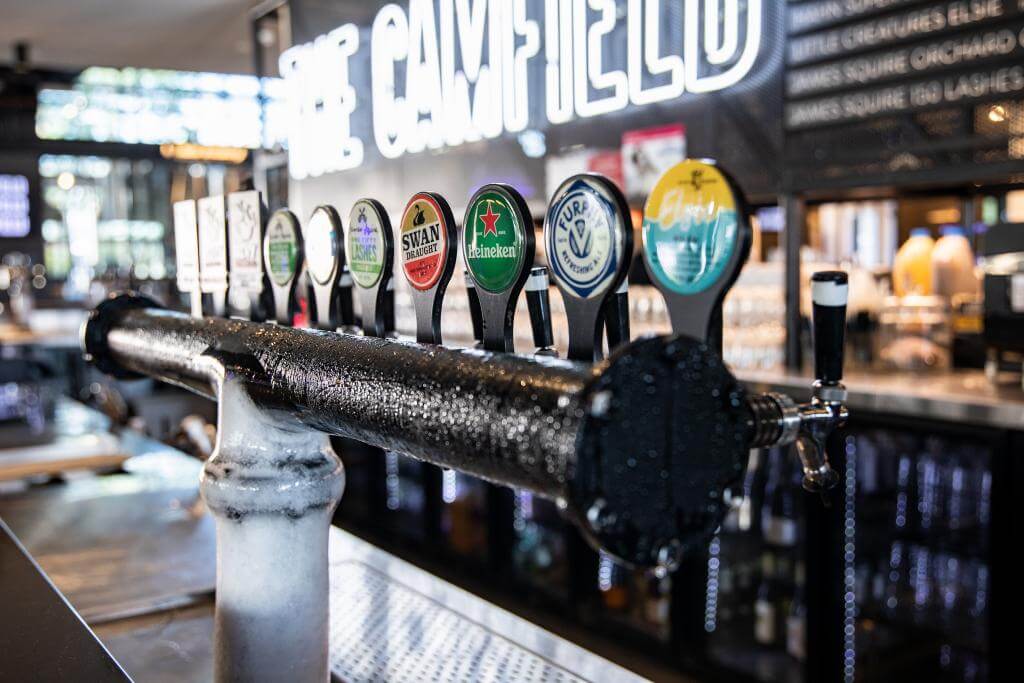 The Camfield is the largest pub in Australia. In fact, it’s referred to as a ‘mega-pub’, with five bars, an onsite microbrewery and a colossal beer garden. It also has 175 beer taps. That’s where Barons Beverage Services came in.

Securing the biggest pub in the nation

The Camfield found Barons by word of mouth from The Revelley, The Stables Bar and The Globe Bar & Eatery. Our previous work went a long way for us in winning The Camfield, a brand-new venue capable of servicing 2000+ patrons.

The purpose was pretty clear from the start – without a facility of this size event-goers heading to-and-from Optus Stadium would be unlikely to stick around. Public transport would strain under  he weight of a mass exodus, so the Camfield needed to be something really special. From the very beginning, Barons had the big picture in mind.

Avoiding breakdown at all costs

The key points for Barons were high quality, reliability and serviceability. It was crucial the new Camfield look inviting, pour cold beer quickly and avoid break down at all cost due to extremely heavy use.

The new section of the pub was to house 11 stations each composed of 10 beer taps running from one central cool room. There would be an additional six cocktail taps in this area in the future. The total at that point came to 116 taps – the biggest setup ever pulled off in Australia.

In the existing part of the venue, 30 beer taps had to be installed to service the function room, which needed to operate from its own cool room (as opposed to the main cool room) in order to reduce line length, minimise wastage and uphold top-tier beer quality.

Beer lines were going to have to run through the roof instead of underground where there were too many existing services. Additionally, the owners required the design and install of a staff-friendly, 22-tap container bar system for the beer garden.

Barons allocated both install teams to this project to work alongside a project manager and in between PACT project construction teams. We tackled the job as three projects in one – the new building, the existing building, and the container bar.